Do Not Travel and Leave Immediately

Since January 2020, Michelle Bernier-Toth has served as Special Advisor for Children’s Issues in the Bureau of Consular Affairs. In that role, she develops and implements strategies in international diplomacy to resolve emerging problems related to intercountry adoptions and international parental child abduction. Ms. Bernier-Toth is a member of the Senior Executive Service and previously served as the Managing Director for Overseas Citizens Services; as Director of the Office of American Citizens Services and Crisis Management; and as Director of the Office of Children’s Issues. Ms. Bernier-Toth joined the Department of State in 1987 and served foreign service tours in Damascus, Syria; Doha, Qatar; and Abu Dhabi, U.A.E. before returning to Washington D.C. and converting to civil service in 2003.

Ms. Bernier-Toth graduated from Yale University with a Bachelor’s in Near Eastern Languages and Literature, and holds a Master’s in Arab Studies from Georgetown University. She has three adult children of whom she is very proud.

Steven Anderson is the Acting Director of the Office of Children's Affairs in the Bureau of Consular Affairs.

He joined the Foreign Service in 2006. He has served overseas in Islamabad, Pakistan; Dublin, Ireland; Manila, Philippines; and Santo Domingo, Dominican Republic. He has also worked in several offices in Washington. He was a Management Analyst in the 1CA office. He covered Western Europe and Canada for the Office of the Executive Director for the Bureau of Consular Affairs. Previously, he was Branch Chief for Western Hemisphere Abductions in the Office of Children's Issues.

Steven grew up in Stillwater, Oklahoma and studied International Relations at the University of Oklahoma. Steven's wife, Georgina Allen, works at USAID.  They have a dog named Juno and love to travel. 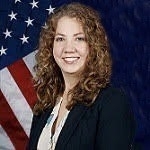 Marisa Light has served as the Chief of the Adoption Oversight Division in the Office of Children's Issues since May 2020. She comes to this position with more than 20 years of experience advancing protections for vulnerable children, adults, and families domestically and abroad, including fifteen years of federal civil service across three agencies. She has worked in the fields of human trafficking of children and adults, children in the worst forms of child labor, protection for separated or unaccompanied children, international human rights law, and issues of both forced and voluntary migration. Ms. Light holds a BA in Political Science from Xavier University (Cincinnati, OH), and a MS in Foreign Service and Certificate in Refugees and Humanitarian Emergencies from Georgetown University (Washington, DC). A DC-area resident for more than 20 years, Ms. Light has also lived abroad in Africa, Europe, and Latin America.

Tim Eydelnant is the Division Chief for Intercountry Adoptions, Office of Children’s Issues, at the Department of State. He leads a team tasked with promoting the benefits of intercountry adoption worldwide, and collaborating with foreign adoption authorities to improve the intercountry adoption process. A Foreign Service Officer, Tim was previously the Chief of Staff at the Bureau of Energy Resources and served as Principal Officer at the U.S. Consulate-General in Leipzig, Germany, where he directed the U.S. presence in eastern Germany, and oversaw the expansion of the Consulate and opening of the German-American Institute. Prior to that, Tim served as Syria Humanitarian Assistance Coordinator at the U.S. Department of State’s Bureau of Population Refugees and Migration where he was responsible for managing and implementing the Bureau’s humanitarian response to over 6 million Syrian refugees across the Middle East. Since joining the U.S. Foreign Service in 2002, Tim has also served in a variety of posts including Vienna, Rio de Janeiro, Moscow, Jerusalem, and Helsinki. Tim is a graduate of National Defense University’s Eisenhower School, and Georgetown University’s School of Foreign Service.

You are about to leave travel.state.gov for an external website that is not maintained by the U.S. Department of State.

Links to external websites are provided as a convenience and should not be construed as an endorsement by the U.S. Department of State of the views or products contained therein. If you wish to remain on travel.state.gov, click the "cancel" message.

You are about to visit:

Privacy | Copyright & Disclaimer | FOIA | No FEAR Act Data | Office of the Inspector General | USA.gov | USA.gov/espanol |
This site is managed by the U.S. Department of State. External links to other Internet sites and listings of private entities on this page are provided as a convenience and should not be construed as the U.S. Department of State or U.S. government endorsement of the entity, its views, the products or services it provides, or the accuracy of information contained therein. The order in which names appear has no significance, and the listings or links may be removed at any time at the discretion of the Department.